WANT TO MAKE MONEY BLOGGING IN 2020? WATCH THE FREE MASTERCLASS! 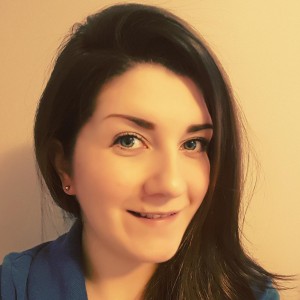 7 Limiting Beliefs About Money That Are Keeping You BROKE

Are you not reaching the level of success you expect and you’re not sure why?

The bad news is that you MAY be struggling with limiting beliefs about money and not even know it!

The good news is that we can identify those limiting beliefs and SQUASH them!

Limiting beliefs are deeply ingrained principles that define our thoughts and actions, and they may be conscious OR unconscious (which makes them hard to identify!)

As you’ll see below, limiting beliefs about money are REALLY common in our society and they’re the reason so many people are not as successful as they want to be.

These beliefs can cause you to self sabotage, play small, have a negative mindset, and be complacent about your own success.

And let’s be super clear: we’re not just talking about having boatloads of money!

This is about acquiring wealth and reaching personal success (whatever that looks like to you!).

But where do we get these limiting beliefs from?!

That’s a complicated question. Limiting beliefs usually develop over a period of years and get repeated so often, they just become our truths.

Normally, we start hearing them from parents. And of course parents mean well and don’t want to intentionally hold their children back. They’re just repeating the cycle of what they learned from THEIR parents.

We also get a lot of these beliefs from society; movies, TV, social media, our workplace, etc.

As we go through the list, you’ll notice that most of these negative beliefs will sound super familiar from your day-to-day life!

And no, changing your mindset won’t suddenly make you rich! It also takes a plan, a ton of work, and consistency. But having a good money mindset is a HUGE piece of the puzzle!

Let’s get into the 7 limiting beliefs about money. And if you have ANY of these beliefs, trust me, you’re not alone!

Ok, I know I’ve heard this one EVERYWHERE, am I right?

This is a scarcity mindset tactic people use to excuse themselves from having to make a lot of money. Because, if rich people are greedy, who would want to be rich anyways?! *mega sarcasm here!*

But seriously, we have this idea that in order for rich people to get rich, they must have stolen money from the less fortunate! They have to take at the expense of somebody else.

An entire children’s movie is based off this concept! Remember Robin Hood?

If you’re privileged enough to be reading this on your computer, tablet, or cellphone, you probably live somewhere in the world where there’s opportunity.

There’s ALWAYS opportunity for people to become successful and create wealth in their lives! The key is to know how and be willing to put in the hard work.

2. I’ve never been good with money…

This is a common one! Tons of people think they’re just not “cut out” to handle wealth.

Maybe you live beyond your means. Maybe you have credit card debt and student loans and that’s just become normal for you.

Whatever the reason may be, it’s easy to assume you’re just “bad with money” as a way of dismissing the thought of acquiring wealth.

Some people may also have this limiting belief because they’re used to being taken care of by others (parents, friends, spouse, etc.).

It’s very easy to form a relationship with someone who takes care of you financially and use this as an excuse to avoid personal responsibility for your own wealth.

The truth is that money management is a skill that can EASILY be learned and practiced. It should never be an excuse to hold you back from financial success!

This one has me written all over it! For those of you who get stuck in “complacency” mode, you’re not alone!

I first started hearing about this from Mel Robbins in a Ted Talk where she was addressing how we use the word “fine” to justify not changing or trying to improve our situation.

Saying you’re “fine” is like coasting through life. You’re not great, you’re not starving, but you’re somewhere in the middle.

But the middle is a HUGE spectrum and “fine” doesn’t mean “happy”!

Once again, by falling into the trap of assuming we’re “fine” and that things “are the way they are”, we give ourselves permission to settle in life.

And, by the way, it’s totally ok to NOT be satisfied where you are in life!

In reality, everyone has the power to change their situation in any moment. Whether through small actions, or a big change, we can work our way towards happiness!

This line is common among those of us without money!

People will find examples of lottery winners or celebrities who have turned to drugs or let the “fame” get to their heads. Then, they’ll turn around and say, “see…I told you money makes people bad!”.

And the one thing your survival brain HATES is change! Change is unpredictable, scary, and takes a lot of mental power. So why the heck would you want to change?!

ESPECIALLY if it’s for the worse!

Why would you allow yourself to set higher expectations and change if it will only make you a bad person? It’s way easier to stay safe instead!

The truth is that money doesn’t change people, it amplifies them!

If you’re an ass, money will just make you an ass that has money. If you’re a good person, money will allow you to be more generous!

In fact, having wealth not only allows you to give and help more, it also provides other people with inspiration to achieve success in their own life!

And that means the most selfish thing we can do is hold ourselves back.

How many times have we heard parents saying this to their kids asking for the newest toy or iPhone?!

And of course we should always teach kids the value of money, but when people say “money doesn’t grow on trees” what they’re really saying is: “Money is hard to make. I don’t have enough money and I’m stuck in my current situation because money is a finite resource.”.

In reality, we should be saying the opposite!

There is an abundance of money and enough to go around! I know this might sound silly to some people, but that small mindset shift can make a HUGE difference in your life, especially if you’re struggling financially and living paycheque-to-paycheque.

6. My parents taught me to be humble

If we’re being totally honest, I’ve used this one before! And it may take different forms:

All of these examples are justifications for playing small and not raising your standards.

Are you wearing your “broke-ness” as a badge of honor?

The implication is that there are two groups of people: rich people and everyone else. And in order to stand in solidarity with your friends and family, you need to stay in the “everyone else” category and vilify people who try to escape.

But we mask this by pretending we’re just good, humble people.

The reality is, if you’re able to create an abundance of wealth in your life, you’ll be in a position to actually HELP people instead of staying broke with them!

7. I could never make that much!

This limiting belief is last, but certainly NOT least! It’s one of the most common mindsets we have and it’s known as the “glass ceiling“.

This is all determined by what you’ve made in the past, what your parents and friends make, and what salary makes you the most “comfortable”.

I’ve heard the thermostat analogy before and it goes something like this:

if you’re used to making $40,000/year and that’s where you’ve always been, you’ll subconsciously set your internal thermostat to the that amount.

If you start falling below your standard (or your ideal temperature) of $40,000, you’ll rev up and “turn the heat on” to start bringing yourself back to that $40,000 mark.

But what happens when you start making MORE money?

If you start creeping up and making more money than you’ve ever made, this is where self sabotage comes in.

Your brain is thinking, “Whoa there, we’ve never made this much! How will life change? What new expectations will people put on us? This isn’t our comfort zone!”.

Your brain will want to get back to its’ familiar, cooler temperature, and it becomes an arbitrary set-point you end up living your entire life around!

This means that in order to increase our salary, we need to raise our expectations and push ourselves outside of the comfortable zone!

That’s it! I hope this helps you break some of your negative associations with money and start attracting wealth into your life!

Which limiting belief about money do you have? Let me know in the comments below 🙂

Any cookies that may not be particularly necessary for the website to function and is used specifically to collect user personal data via analytics, ads, other embedded contents are termed as non-necessary cookies. It is mandatory to procure user consent prior to running these cookies on your website.